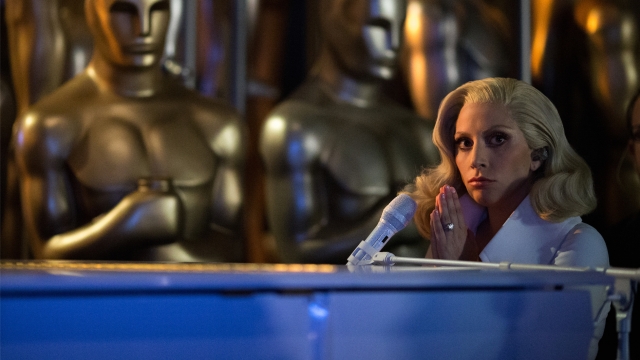 SMS
Lady Gaga's Family Finds Out She's A Rape Survivor After Oscars
By Melissa Prax
By Melissa Prax
March 2, 2016
Lady Gaga revealed on Instagram that her grandma and aunt didn't know she was sexually assaulted until they watched her Oscars performance.
SHOW TRANSCRIPT

Lady Gaga's Oscar performance of "Til It Happens to You" was dedicated to sexual assault survivors, and its message is getting some attention.

The Oscar-nominated song was recorded for the documentary "The Hunting Ground," which chronicles the nationwide campus rape issue. But what some of her family members apparently didn't know was that the meaning behind the song also hit close to home for Gaga.

The performer came out about her own rape story in 2014: "I was so traumatized by it that I was like just keep going. I just had to get out of there."

Despite going public then, her grandma and aunt hadn't heard the story until Sunday — Gaga apparently never told them.

In an Instagram post Gaga said, "My grandmother (in the middle) and my Aunt Sheri (on the right) both called me the day after the Oscars because I never told them I was a survivor. I was too ashamed. Too afraid."

She also said her grandma told her, "My darling granddaughter, I've never been more proud of you than I am today."

This video includes clips from Interscope Records and images from Getty Images and Instagram / ladygaga.