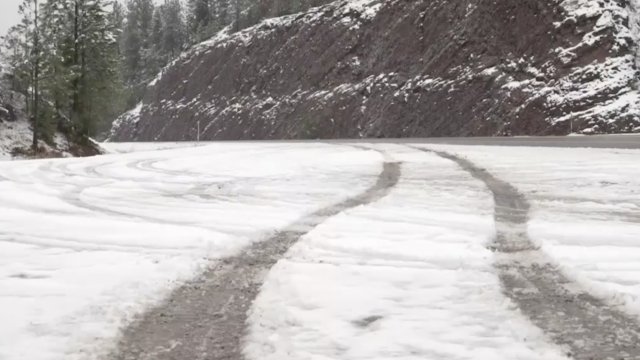 It doesn't look much like winter in large parts of the country, especially in most of the Western United States.

Meteorological winter started Dec. 1. Normally, there would be snow and near-freezing temperatures in the mountain West, but instead it's late spring, or even summer, from Denver to Montana.

Temperatures are in the 60s and 70s when it should be in the 30s, with the warm weather setting new records.

There's little snow, except for some at the top of the Rocky Mountains.

Some ski resorts are pushing back their start dates, and others are resorting to manufactured snow to open one or two of their ski runs.

The National Weather Service uses automated snow recording systems to measure snowfall in the remote mountaintops, and the Department of Agriculture monitors the snow depths. Most of the snowpacks in the mountains is less than 50% of the average historic snow levels for the start of December.

Denver hasn't received any measurable snow this season. It's been 225 days since snow fell in the Mile High City — now the third-longest stretch in history. If no snow falls before Dec. 13, it will break the record set back in 1887.

In Montana and the Dakotas, people are out enjoying the warm weather.

The dry weather is creating red-flag warnings, with the winds whipping up wildfires. The flames spread into a small town, forcing evacuations and burning down homes and buildings.

Colder temperatures and snow should have ended the wildfire threat in the state, and now the lack of snow could lead to another year of "snow drought."

The snowpack in the mountains melts in the spring and summer, providing water to Western states, but last year less snow and a faster melt led to a snow drought, making the megadrought worse.

Now 52% of the country is experiencing drought, including almost all of the Western U.S.

The La Nina phenomenon is to blame, as it's creating a drier and warmer pattern in the region, and climate change is responsible for the warmer temperatures.

There's a small chance for snow in the Rocky Mountains along the Montana-Canada border this weekend, but there's still nothing heading to Denver.