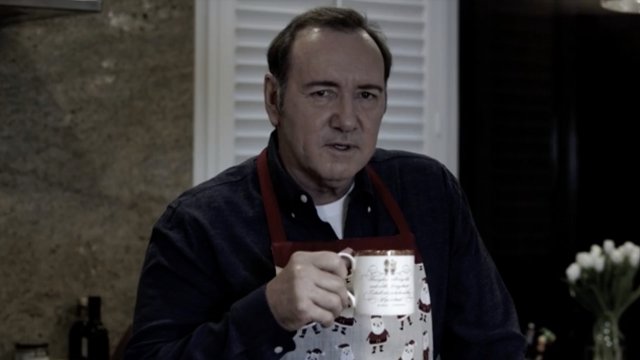 By Stephanie Liebergen
December 24, 2018
Spacey appears to be speaking as his "House of Cards" character Frank Underwood, but there may be parallels to the actor's life, too.
SHOW TRANSCRIPT

On the same day that felony charges against Kevin Spacey were made public, the actor published a puzzling video that raises questions about his character in "House of Cards."

On Monday, the local district attorney's office in Massachusetts announced Spacey is facing a charge of indecent assault and battery. It stems from an alleged incident in 2016.

"And you trusted me, even though you knew you shouldn't."

In it, Spacey appears to be speaking as Frank Underwood, his character from the hit Netflix show "House of Cards."

But some lines in the three-minute video could point to the sexual assault accusations made against Spacey.

"Of course, some believed everything and have been waiting with bated breath for me to confess to it all. They're just dying for me to say that everything is true and I got what I deserved."

While others are a clear reference to events from the show.

"Despite all the poppycock, the animosity, the headlines, the impeachment without a trial — despite everything, despite even my own death, I feel surprisingly good."

The accusations against Spacey first popped up in late 2017. Netflix decided to boot him from the show and ultimately dealt with his character's death in episode one of the final season of "House of Cards."

The timing of the mysterious video and the criminal charges could, of course, be a coincidence.

Spacey's arraignment in Massachusetts is set for Jan. 7.

And as for the character Frank Underwood, maybe Spacey is trying to bring him back to life.

"Now that I think of it, you never actually saw me die, did you?"