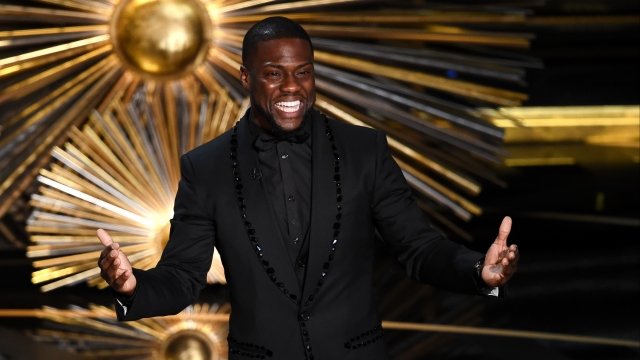 By Katherine Biek
December 7, 2018
Homophobic comments the comedian made on Twitter and in his stand-up show years ago resurfaced this week.
SHOW TRANSCRIPT

Kevin Hart is no longer hosting the 2019 Oscars.

He announced late Thursday he was stepping down from the emcee role after he came under scrutiny for old homophobic tweets and jokes he made almost a decade ago.

The comedian announced he was hosting the award show on Tuesday. But after those tweets and comments resurfaced, Hart said the Academy of Motion Picture Arts and Sciences told him he needed to apologize or he'd be replaced.

But in an Instagram video posted Thursday, he refused to apologize, saying he's already addressed the issue a number of times.

Hart did offer an apology for hurting people hours later when he announced he would no longer host.

As of early Friday, the Academy has not commented on Hart's decision. It now has the task of finding a new host before the Feb. 24 telecast. But sources previously told The Hollywood Reporter that the Academy was struggling to find someone interested in fronting the 2019 show.