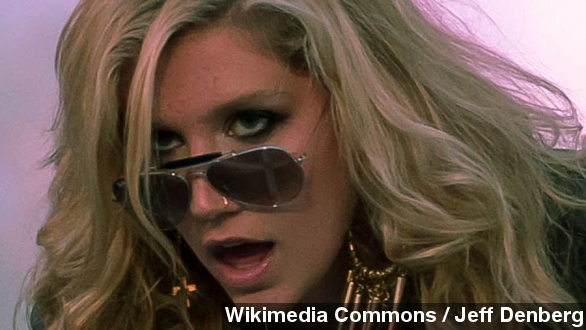 By Briana Koeneman
January 4, 2014
Ke$ha has checked into rehab right in the middle of her "Warrior" tour. No word yet on which tour dates will be affected.
SHOW TRANSCRIPT

Ke$ha has checked into rehab to get treatment for an eating disorder.

"Pop star Ke$ha will not be making any public appearances for the next few days. The singer says she will be unavailable for the next month while she seeks treatment for an undisclosed eating disorder." (Via WWMT)

Which is the same rehab facility Demi Lovato checked into in 2010 for an eating disorder and other issues. (Via Access Hollywood)

Ke$ha told TMZ, "I'm a crusader for being yourself and loving yourself, but I've found it hard to practice.  I'll be unavailable for the next 30 days, seeking treatment for my eating disorder... to learn to love myself again, exactly as I am."

Things were definitely looking up for Ke$ha in the days before her announcement.

She tweeted the next day, "Cheers to this year being the best year ever. 2014 [is going to] be the year of truth and freedom."

The singer also has the Dubai leg of her Warrior tour coming up in the next few weeks, and she's scheduled to perform shows in Indiana and Wisconsin in March and April. (Via Kemosabe Records / Ke$ha)

No word on if any of those tour dates are subject to change.