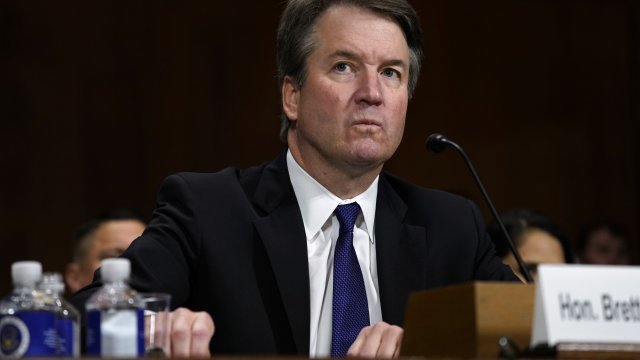 By Gabrielle Ware
October 4, 2018
He wrote an op-ed in the Wall Street Journal about his temperament on Thursday.
SHOW TRANSCRIPT

Supreme Court nominee Brett Kavanagh says if confirmed he'll "keep an open mind in every case," and that he may have been "too emotional" during his Senate hearing.

During the hearing, Kavanaugh shouted, cried and blamed Democrats for orchestrating a conspiracy against him. He addressed the behavior in an op-ed for The Wall Street Journal Thursday.

He wrote, "The Supreme Court must never be viewed as a partisan institution" and said he believes judges should be impartial. Kavanaugh also said his testimony QUOTE: "reflected my overwhelming frustration at being wrongly accused."

Kavanaugh's letter also follows a New York Times op-ed by over 2,400 law professors saying he didn't display the proper "impartiality and judicial temperament" to sit on the Supreme Court.