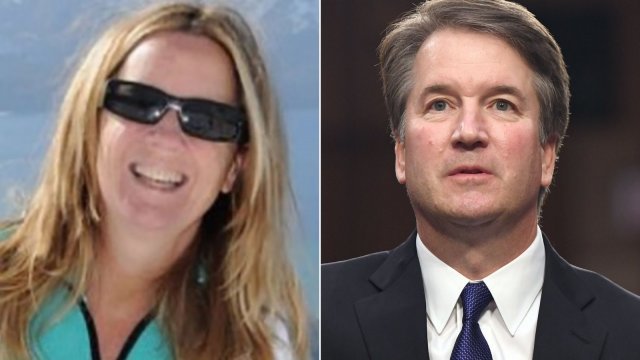 The next steps in the confirmation process for Supreme Court nominee Brett Kavanaugh once again appear to be uncertain.

Late Tuesday night, we learned the woman accusing Kavanaugh of sexual assault said she will not testify before congressional lawmakers until after the FBI completes a full investigation into her allegations. Christine Blasey Ford claims Kavanaugh sexually assaulted her when they were in high school, which he denies.

Ford's attorney says her client is prepared to cooperate with lawmakers and any law enforcement investigation, but that it's still too soon for Ford to speak publicly about the issue.

"If the senators who have come forward and said they want to treat this seriously mean that, then they'll have an investigation of these allegations so that we all go into this more informed," said Lisa Banks, Ford's attorney.

Also on Tuesday, the committee canceled the scheduled vote on Kavanaugh's nomination to the Supreme Court.