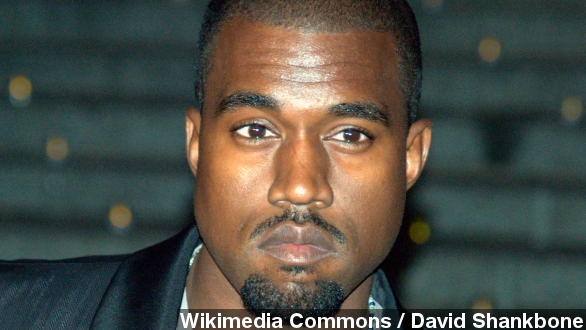 By Briana Koeneman
January 14, 2014
Rapper Kanye West in under investigation after reportedly getting into a confrontation with an 18-year-old man in Beverly Hills.
SHOW TRANSCRIPT

Looks like Kanye West's temper has gotten him in trouble once again.

Beverly Hills Police have confirmed the rapper is under investigation for assault. (Via Roc-A-Fella Records / Kanye West )

According to TMZ, West got into a physical altercation with an 18-year-old man after the teen reportedly called West and fiancee Kim Kardashian several racist slurs.

West and Kardashian were reportedly meeting at a Beverly Hills office building for an appointment when the confrontation began. (Via E! / "Keeping Up with the Kardashians")

A source told E! Kardashian was trying to move her way past a swarm of paparazzi to get inside the building to meet West when the teen started yelling obscenities at the photographers.

Kardashian then reportedly told off the teen for his foul language — and People magazine reports he began yelling racial slurs at her about her and West.

The reality starlet then got ahold of West, who came to his fiancee's aid.

Reports vary on what happened next, but the teen did call police and says he wants to press charges against West for misdemeanor battery. (Via Hollywood Life)

West has found himself in similar scuffles several times in the past.

His most recent incident happened in July when he got into a confrontation with a photographer at LAX. That case is still pending. (Via KABC)

No comment from West or Kardashian's camps on the alleged fight. But police say the Los Angeles County D.A. will decide whether to file charges.