Juul Files Complaint Against Other E-Cig Makers For Lookalike Products 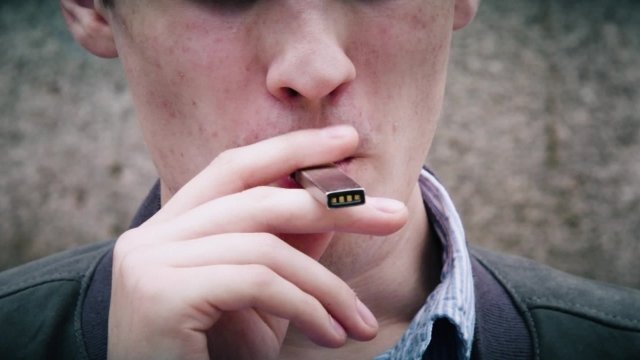 By Cristina Mutchler
October 4, 2018
Juul is asking federal regulators to stop other companies from copying its product design.
SHOW TRANSCRIPT

After being targeted by recent federal crackdowns, it looks like e-cigarette maker Juul wants regulators to crack down on its competitors.

In addition to claiming that its design was copied, Juul says the other companies don't do enough to prevent underage vaping.

It's important to note Juul has been in hot water with the FDA recently. The agency is interested in how Juul's marketing practices might have contributed to a surge in the teen vaping trend.

According to a new estimate, Juul's overall e-cigarette sales skyrocketed to more than 16.2 million in 2017.

In September, the FDA gave Juul and other e-cigarette manufacturers 60 days to come up with a plan to curb teen usage. Federal health regulators are also considering banning online e-cigarette sales and tightening restrictions on flavored vape products, which experts say appeal to young people.