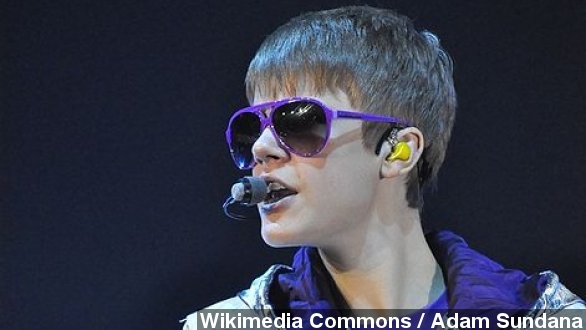 By Christine Slusser
December 18, 2013
Justin Bieber announced to KPWR-FM he's retiring. Not everyone is buying it, though, especially given Bieber's reputation as a prankster.
SHOW TRANSCRIPT

All those with Bieber fever might soon have a major cool-down. Nineteen-year-old heartthrob Justin Bieber is — wait for it — possibly retiring.

It all happened during an interview on LA's Power 106, KPWR-FM. The post on the page notes they hope he isn't serious.

So, is he? Gossip Cop says this is a big, fat lie.

"Of course, Bieber is known among close pals to be a practical joker — and has not yet fulfilled his life's goal of winning a Grammy."

"Oh, come on. He's only 19. Are you just tired, or are you just trying to be funny? A source tells E! News that of course it's not true, he's not retiring."

There has been no official word from the Biebs whether it's true. Plus, it's a great time for some buzz. His album, "Journals," comes out next week. (Via Entertainmentwise)

Are you even allowed to retire before you can legally drink alcohol? We feel like there's some unwritten rule there.