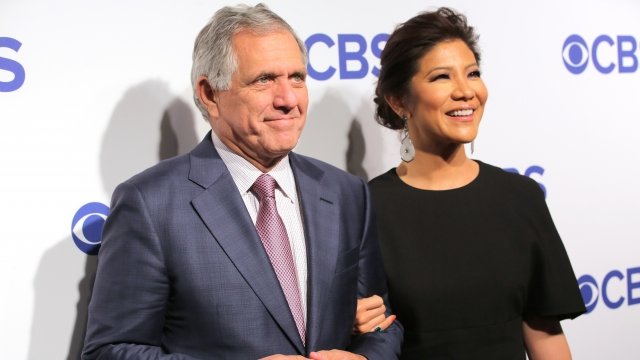 Julie Chen is leaving CBS' "The Talk" after her husband, Leslie Moonves, was fired as the network's president. A taped statement is expected to play on the show Tuesday. That's according to several news outlets.

All of this comes after multiple women accused the CEO of sexual harassment and intimidation. The company let Moonves go a few weeks later. He denies all claims made against him. Chen released a statement over the summer that said:

"Leslie is a good man and a loving father, devoted husband and inspiring corporate leader. He has always been a kind, decent and moral human being. I fully support my husband and stand behind him and his statement."

Chen wasn't on the show when her co-hosts commented on the network's situation.

"If we have any hope of preventing this in the future, people need to know, like, this stuff is going to come out," Jodie Sweetin said. "You cannot have bad behavior. You cannot act like this without it being known. And I think for a lot of people, that might stop them."

Chen will reportedly remain the host of the CBS reality show "Big Brother." And CNN reports a source says she'll dedicate the rest of her time to "clearing her husband's name from accusations made 25-30 years ago and tending to her son."