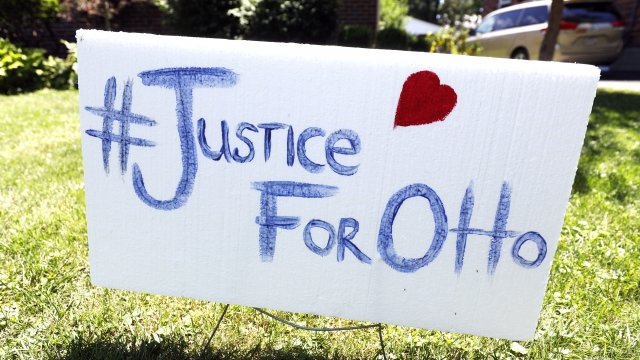 SMS
Judge Orders North Korea To Pay Otto Warmbier's Family $500 Million
By Ahmed Jawadi
By Ahmed Jawadi
December 24, 2018
​The judge's award is almost half of what Warmbier's parents initially requested when they filed the motion back in October.
SHOW TRANSCRIPT

A federal judge has ordered North Korea to pay the family of Otto Warmbier a little more than $500 million in relation to his imprisonment in 2016 and subsequent death.

Warmbier was arrested in North Korea in 2016 for trying to steal a propaganda sign, and was sentenced to 15 years of hard labor in prison. He was released and returned to the U.S. in June 2017, but was in a coma and had suffered major brain damage. He died a few days later.

The judge's award is almost half of what Warmbier's parents initially requested when they filed the motion back in October.

It's still unclear, though, how the Warmbiers will actually get compensated from North Korea. However, the money could come from a fund created by Congress for victims of state-sponsored terrorism. According to the Cincinnati Enquirer, a similar case involving North Korea in 2015 resulted in the victim's family receiving only a portion of their award through the U.S. Victims of State Sponsored Terrorism Fund.