Judge Orders Florida To Provide Some Election Materials In Spanish 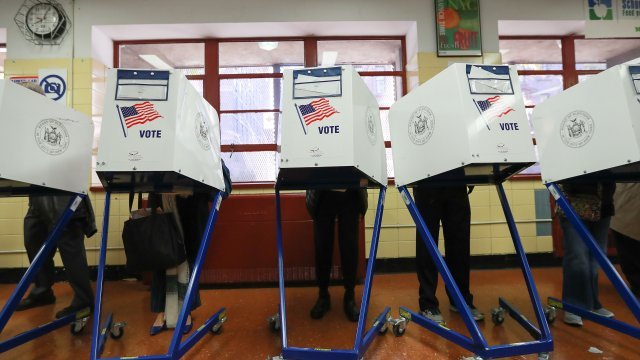 SMS
Judge Orders Florida To Provide Some Election Materials In Spanish
By Ethan Weston
By Ethan Weston
September 8, 2018
A coalition of voting groups brought the lawsuit against the state in August.
SHOW TRANSCRIPT

A judge in Florida ordered the state must provide some election materials in Spanish ahead of the November midterm election.

Citing the Voting Rights Act, the judge ordered that 32 counties with Puerto Rican populations provide Spanish-language sample ballots, information about the ballots and how to use them, and Spanish signs and notices on their websites.

The decision stems from a lawsuit filed against the state in August by a number of voting rights groups. Those groups argued that Florida's secretary of state wasn't protecting the rights of Puerto Ricans to vote stateside.

But the judge also said there wasn't enough time to do everything that Latino advocacy groups were asking for. He agreed with the state that it would be "close to impossible" to print official Spanish ballots before the election.

Instead, Spanish-speaking voters will have to use the sample ballots as a guide to mark their official ballots. The ruling states those sample ballots must be identical to the official ones.

The judge's order was just a preliminary injunction in the case, so it's not a final ruling, but NPR reports it does suggest the judge is leaning toward siding with the advocacy groups.