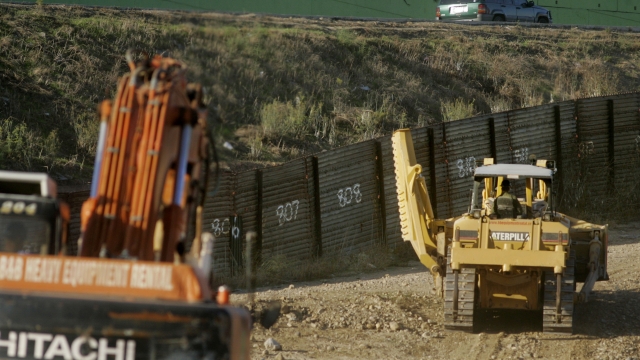 A federal judge has blocked the Trump administration from diverting $2.5 billion in military funds to border wall construction projects in California, New Mexico, Texas and Arizona.

In two separate cases, U.S. District Judge Haywood Gilliam ruled Friday against allowing funding from the Defense Department and other federal entities to be funneled into border wall construction projects.

In the first ruling, Gilliam agreed to move forward with a ban on border wall construction in California and New Mexico following a lawsuit filed by California's attorney general. President Donald Trump responded quickly to news of the decision.

"We had a ruling just yesterday late from a judge in the 9th circuit. Again. So we're immediately appealing it and we think we will win the appeal. There's no reason that should have happened," President Trump said.

In the second case, the judge ruled in favor of the ACLU, barring the Trump administration from using funds diverted from the military and other federal sources for border projects. The funds were taken as a result of the president's national emergency declaration.