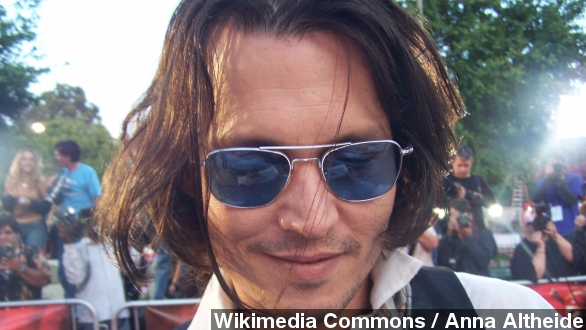 It's official — Johnny Depp and Amber Heard have decided to tie the knot.

A source confirmed to Us Weekly Friday that the couple is, in fact, engaged. (Via Us Weekly)

A source also confirmed the happy news to People magazine, saying, "Of course they couldn't be happier to be engaged and excited to share the rest of their lives together."

The outlet also said the actress has only told a few close friends about the engagement.

Rumors that the couple was headed down the aisle started earlier this week when Heard was spotted shielding her engagement ring finger from photographers. (Via Daily Mail)

But one lucky paparazzo was able to snap a picture of the actress when she put her left hand to her forehead, revealing a huge diamond ring. (Via E!)

The two met on the set of "The Rum Diary" in 2011 but didn't start dating until 2012, when Depp's 14-year-long relationship with Vanessa Paradis ended. (Via GK Films / "The Rum Diary," People)

And before 27-year-old Heard got involved with 50-year-old Depp, she dated photographer Tasya van Ree for about four years. (Via New York Daily News)

No further details on the couple's impending nuptials have been released.