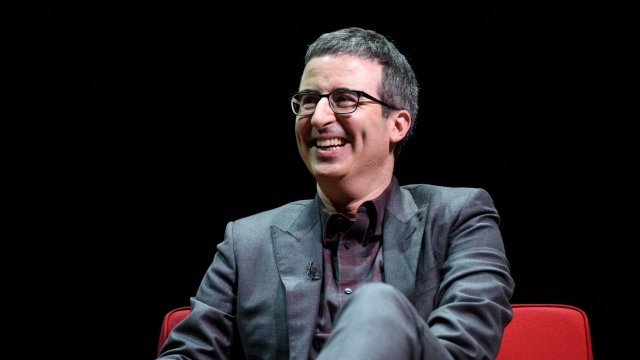 John Oliver and Stephen Colbert have a lot in common. They both got their start on "The Daily Show with Jon Stewart." They've both made careers from mocking politicians and the news. And they've both been notoriously harsh when they attack President Donald Trump.

But Oliver's show, "Last Week Tonight," hasn't had an episode since before the election. So naturally they talked about what it's been like to not cover current events. Oliver compared the past few months to being hit by a train and says he's glad he hasn't been on the air in the meantime.

Oliver also said he was in the U.S. on a green card and that he was "slightly concerned."

"I have an American wife and an American son now, but who knows what's enough?" he said, referencing Trump's executive order on immigration. "Having a green card used to be enough."