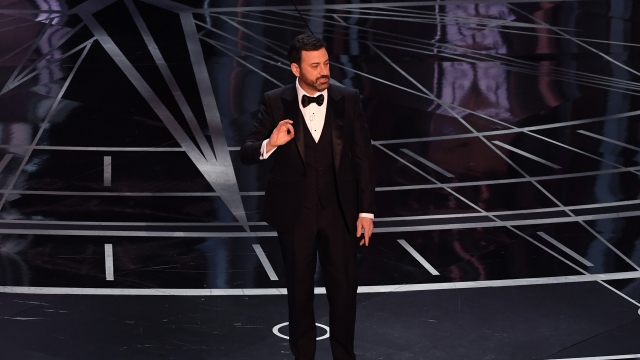 By Stephanie Liebergen
May 2, 2017
"I've been supporting Children's Hospital for years. I had no idea we'd ever wind up there."
SHOW TRANSCRIPT

Late-night host Jimmy Kimmel got emotional during his monologue Monday night while announcing the birth of his son, William.

William was born April 21, and Kimmel explained that a few hours after he was born, an attentive nurse noticed something might be wrong. It turns out that William, whom they call Billy, was born with a heart defect called tetralogy of Fallot with pulmonary atresia.

"The pulmonary valve was completely blocked, and he has a hole in the wall between the left and right sides of his heart," Kimmel explained on the show.

According to the Children's Heart Clinic, tetralogy of Fallot with pulmonary atresia occurs in 5 to 10 percent of children with a congenital heart defect.

But the announcement wasn't without humor. As Kimmel was thanking the doctors, nurses, family and friends that supported him and his family throughout the ordeal, he said, "Even that son of a bitch Matt Damon sent flowers."

Kimmel also got a little political during the monologue. While promoting health insurance coverage for pre-existing conditions, Kimmel said: "No parent should ever have to decide if they can afford to save their child's life. It just shouldn't happen. Not here."