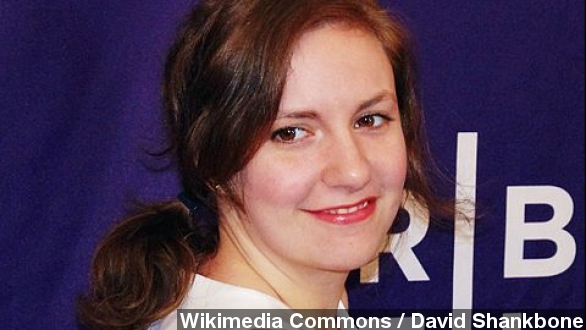 HBO's "Girls" star and creator Lena Dunham made the cover of Vogue for the first time in February's issue — but what should be an exciting time for the actress is now turning into somewhat of a controversy.

HLN devoted air time to the debate two days in a row: "Jezebel.com believes she was Photoshopped a little too much. They say this isn't about Dunham ... but about Vogue being resistant to showing her the way she is."

The progressive site offered $10,000 to anyone who could send the unretouched photos of Dunham. Within two hours, it reportedly received six offers. In the article requesting the pics, the blog wrote: "Vogue is about perfection as defined by Vogue, and rest assured that they don't hesitate to alter images to meet those standards. It doesn't matter if any woman, including Lena, thinks she's fine the way she is. Vogue will find something to fix." (Via Jezebel)

But the writers at Jezebel seem to be just about the only ones making such a big deal out of the Photoshopped pictures. The Huffington Post calls the blog's intentions "seriously misguided."

And a writer at Salon calls Jezebel's move "disingenuous."

Dunham has publicly made it very clear that she is comfortable in her own skin and often goes naked on her hit series, which just began its third season. (Via HBO)

When asked by a reporter why she's in the buff so often, her response: "Nudity ​is realistic. If you're not into me, that's your problem, and you're going to have to work that out with professionals." (Via NBC)

Jezebel claims the bounty was to try to find out ​just how "resistant" the magazine is to the idea that Dunham is comfortable with her body image. But New York Magazine writes the goal was pretty much pointless.

"The answer here was obvious all along: Vogue is 100 percent 'resistant' to that idea. As in, they retouch all women, regardless of their weight, beauty, self-esteem, or net worth. Their images are creative nonfiction, not journalism."

But it didn't stop there. Jezebel responded to Dunham's response.

"Yes, Vogue is fantasy. ... It's escapism, absolutely, but the message is clear: while you dream of wearing that gorgeous dress, you should also dream of physical perfection as defined by Vogue."

As far as any response from Vogue, it only responded to one criticism. One particular picture of Lena and a pigeon, according to Jezebel, was a stock image, and the pigeon was Photoshopped.

In response, Vogue fired back with this picture of the photo shoot and the caption: "The Vogue pigeon. Any questions?"