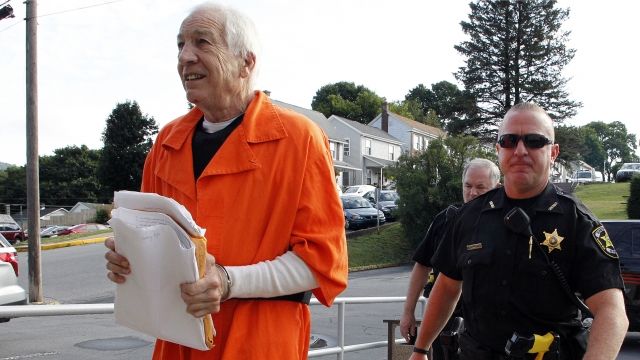 Jeffrey Sandusky is accused of sending explicit text messages to a child whose mother he was dating. In some of those texts, he allegedly asked for naked photographs.

His adoptive father, Jerry Sandusky, is still serving a 30-60 year prison sentence after he was convicted in 2012 of sexually abusing 10 boys. 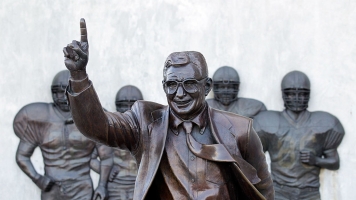 Jeffrey Sandusky defended his father's innocence to Bleacher Report in 2015, saying: "Dad himself says he had boundary issues. ... But he was not doing it to be a creeper, a perv. No, he was doing it to say 'I care about you.'"