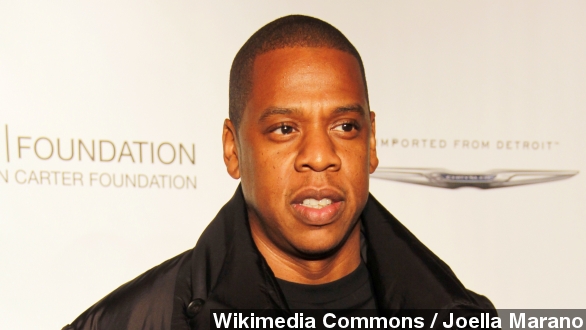 By Briana Koeneman
November 16, 2013
Jay Z has announced he's moving forward with his holiday partnership with Barneys New York despite reports of racial profiling at the store.
SHOW TRANSCRIPT

Jay Z has announced he's moving forward with his holiday partnership with Barneys New York despite reports of racial profiling at the store.

The rapper said in a statement he's agreed to continue with next week's launch of his BNY SCC collection. But he has one condition. (Via WNBC)

"The rapper says he plans to use his position to recommend new store guidelines." (Via WRC-TV)

He wrote on his website, "The easy position would have been to walk away and leave policymaking to others... I will take this into my own hands with full power to recommend, review and revise policies and guidelines moving forward. I am choosing to take this head on." (Via Jay Z's Life+Times)

Jay Z was under pressure to call off the deal after two black customers recently accused of racially profiling them.

One customer filed a lawsuit and the other threatened to do so after they say they legitimately purchased expensive items at the store but were immediately detained by police on suspicion of credit card fraud. (Via CNN)

Barneys announced Friday an investigation had proven none of its employees were involved in stopping the customers after they made their purchases. The New York Police Department has yet to comment on the incidents.

On top of pledging to lead Barneys' review of its policies, Jay Z also said, instead of the original 25 percent, 100 percent of sales from his collection will go toward his Shawn Carter Foundation, which helps provide education for disadvantaged students. (Via MTV, New York Daily News)

Another 10 percent of all Barneys' sales made on Wednesday's launch date will also reportedly be donated to the foundation.

While it seems like this can only bring good press for Jay Z, a writer for The New York Times points out, "He’s a pivotal cultural figure. Not saying a peep on something that is as charged racially as this seems like a big mistake. And he’s not made many mistakes since his career exploded."