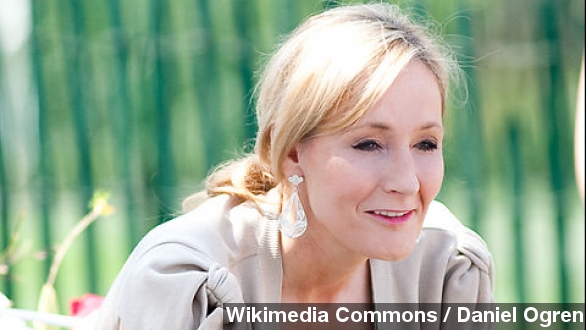 Muggles, rejoice! Harry Potter is getting a new chapter.

J.K. Rowling revealed she is collaborating on a stage play that centers around Harry's early years. It will open in the next two years in London's West End.

The author told Daily Mail exclusively that though she has fielded multiple offers of productions, this one "was the only one that really made sense to me, and which had the sensitivity, intensity and intimacy I thought appropriate for bringing Harry's story to the stage."

The two heavyweight producers who lent their magic to the idea are Sonia Friedman and Colin Callender. Friedman is behind the wildly successful "The Book of Mormon," and Callender is fresh from working with Tom Hanks on Broadway. (Via The Independent, Wikimedia Commons / Phil Scott)

Rowling won't actually be penning the script, but she will co-produce. The playwright has still not been chosen. (Via The Wire)

So the play is about Harry's life before he boarded the Hogwarts Express, but do we get any details? Rowling simply added this statement:​ "Featuring some of our favourite characters from the Harry Potter books, this new work will offer a unique insight into the heart and mind of the now legendary young wizard." (Via BBC)

Harry's fans have a lot to happy about this year. After seven books, eight movies, an amusement park and enough wizarding world merchandise to fill Hogwarts' Great Hall, the franchise still has more to offer. (Via Wikimedia Commons / Sergey Pyatakov / Mel 23)

In September, Rowling announced a movie spin-off based on Harry's textbook, "Fantastic Beasts and Where to Find Them." (Via Entertainment Weekly)

All this Harry is coming at us faster than a Firebolt on a Quidditch pitch, but, hey, we're not complaining.