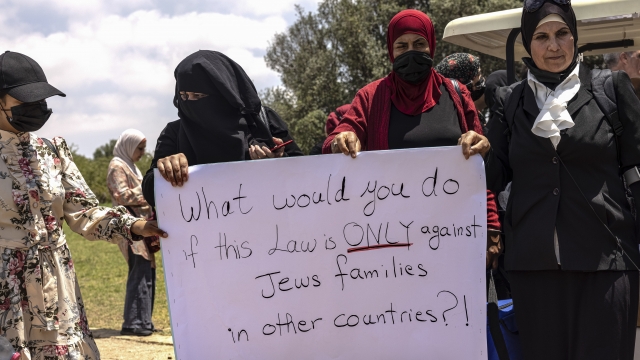 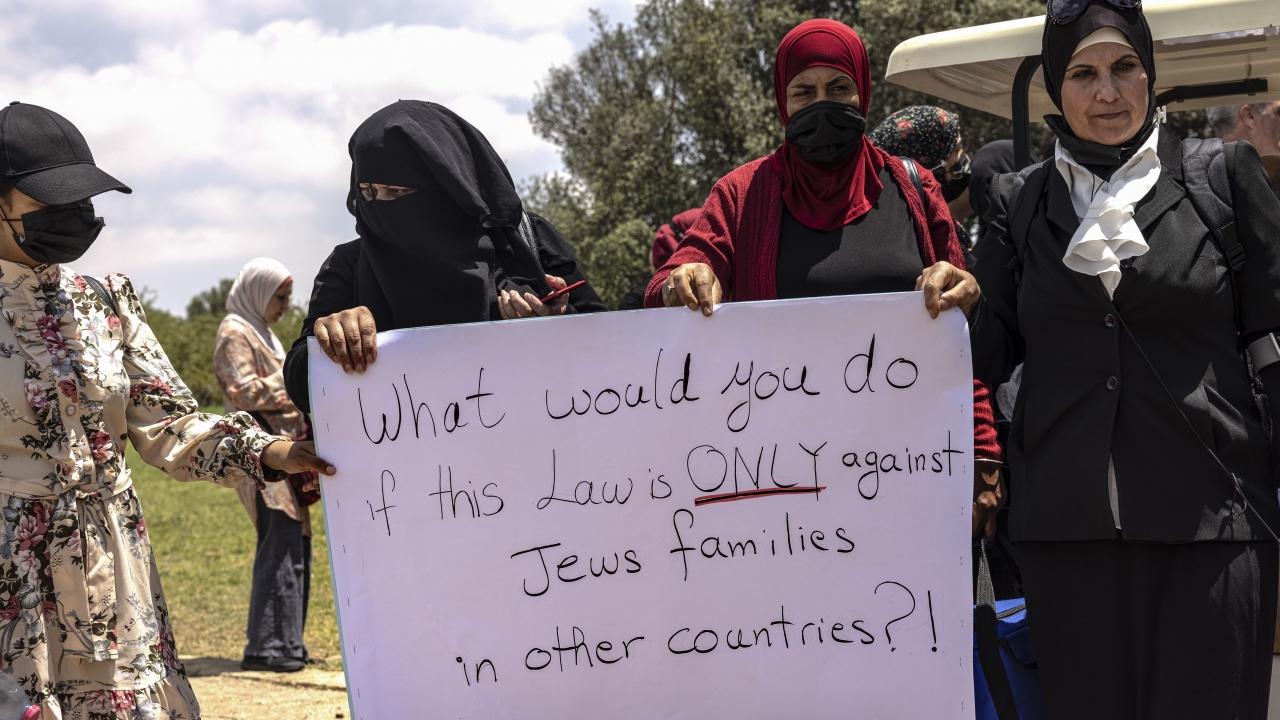 Israel's parliament early on Tuesday failed to renew a law that bars Arab citizens from extending citizenship or residency rights to spouses from the occupied West Bank and Gaza, in a tight vote that raised doubts about the viability of the country's new coalition government.

The 59-59 vote, which came after an all-night session of the Knesset, marked a major setback for Prime Minister Naftali Bennett.

The new Israeli leader, who had hoped to find a compromise between his hard-line Yamina party and the dovish factions in his disparate coalition, instead suffered a stinging defeat in a vote he reportedly described as a referendum on the new government. The vote means the law is now set to expire at midnight Tuesday.

"The opposition last night delivered a direct blow to the security of the country," Bennett said Tuesday, accusing his opponents, including former Prime Minister Benjamin Netanyahu, of choosing "petty politics" over the nation's wellbeing.

The Citizenship and Entry into Israel Law was enacted as a temporary measure in 2003, at the height of the second intifada, or uprising, when Palestinians launched scores of deadly attacks inside Israel. Proponents said Palestinians from the occupied West Bank and Gaza were susceptible to recruitment by armed groups and that security vetting alone was insufficient.

Under it, Arab citizens, who comprise a fifth of Israel's population, have had few if any avenues for bringing spouses from the West Bank and Gaza into Israel. Critics, including many left-wing and Arab lawmakers, say it's a racist measure aimed at restricting the growth of Israel's Arab minority, while supporters say it's needed for security purposes and to preserve Israel's Jewish character.

The law has been renewed annually and appeared to have the support of a large majority in parliament, which is dominated by hard-line nationalist parties. But Netanyahu's Likud Party and his allies decided to oppose it to embarrass Bennett and harm his coalition, which includes a collection of eight parties across the political spectrum, including a small Islamist Arab party.

Interior Minister Minister Ayelet Shaked, a member of Bennett's Yamina party, said the opposition move to block the law's renewal would lead to thousands more applications for citizenship. She accused Netanyahu and his allies of choosing "petty and ugly politics, and let the country burn."

Amichai Chikli, a renegade member of Yamina who voted with the opposition, said the outcome was a sign of deeper issues.

"Israel needs a functioning Zionist government, and not a mismatched patchwork that is reliant on" the votes of Arab lawmakers, said Chikli. He was the only member of his party to oppose the new coalition-led government last month.

Netanyahu, ousted by the new coalition after 12 years as prime minister, made clear his political goals.

"With all due respect for this law, the importance of toppling the government is greater," Netanyahu said Monday.

Bennett reportedly proposed a compromise with liberal members of the coalition that would have extended the law by six months while offering residency rights to some 1,600 Arab families, a fraction of those affected. But the measure was defeated, in part because two Arab members of the coalition abstained. The vote exposed the deep divisions and the fragility of the new government.

The decision, however, gave some hope to Arab families that have been affected by the law. The law has created an array of difficulties for thousands of Palestinian families that span the war-drawn and largely invisible frontiers separating Israel from east Jerusalem, the West Bank and Gaza, territories it seized in the 1967 war that the Palestinians want for a future state.

"You want your security, it's no problem, you can check each case by itself," said Taiseer Khatib, an Arab citizen of Israel whose wife of more than 15 years, from the West Bank city of Jenin, must regularly apply for permits to live with him and their three children in Israel.

"There's no need for this collective punishment just because you are Palestinian," he said during a protest outside the Knesset on Monday ahead of the vote.

The law has been continually renewed even after the uprising wound down in 2005 and the number of attacks plummeted. Today, Israel allows more than 100,000 Palestinian workers from the West Bank to enter on a regular basis.

Male spouses over the age of 35 and female spouses over the age of 25, as well as some humanitarian cases, can apply for the equivalent of a tourist permit, which must be regularly renewed. The holders of such permits are ineligible for driver's licenses, public health insurance and most forms of employment. Palestinian spouses from Gaza have been completely banned since the militant Hamas group seized power there in 2007.

The law does not apply to the nearly 500,000 Jewish settlers who live in the West Bank, who have full Israeli citizenship. Under Israel's Law of Return, Jews who come to Israel from anywhere in the world are eligible for citizenship.

Israel's Arab minority has close familial ties to Palestinians in the West Bank and the Gaza Strip and largely identifies with their cause. Arab citizens view the law as one of several forms of discrimination they face in a country that legally defines itself as a Jewish nation-state.

Palestinians who are unable to get permits but try to live with their spouses inside Israel are at risk of deportation. Couples that move to the West Bank live under Israeli military occupation.

The citizenship law also applies to Jewish Israelis who marry Palestinians from the territories, but such unions are extremely rare.