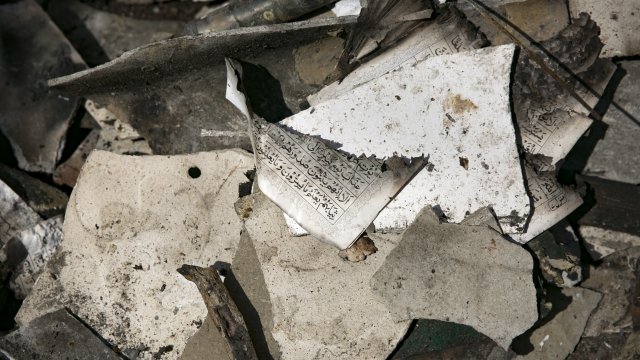 By Jake Godin
May 2, 2019
After being territorially defeated in Iraq and Syria, ISIS is changing its strategy in order to take advantage of local groups in other countries.
SHOW TRANSCRIPT

The April bombings in Sri Lanka have become one of the deadliest ISIS-linked attacks — and could indicate the group is changing its tactics.

After ISIS lost control of its strongholds in Iraq and Syria, experts warn the group may be looking elsewhere to demonstrate their relevance.

"The interesting thing is that since the so-called fall of Baghouz. They've been promoting attacks in many different locals outside of Iraq and Syria on a much larger level than they had done previously."

This is Aaron Zelin, the Richard Borow Fellow at the Washington Institute for Near East Policy. He specializes in groups like Al-Qaeda and ISIS in North Africa and Syria. 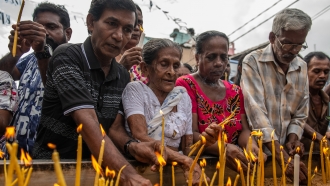 Sri Lanka Authorizes A Return To Social Media After Attacks

"Some of it is nothing unique or special, but they're trying to show that they're still important and doing things. So I expect stuff like what we saw in Sri Lanka and this attack could be a template for places going forward."

The terror group may now have to increasingly rely on foreign fighters who trained under ISIS pairing up with local groups to help spark attacks abroad. One of the Sri Lanka bombers was reportedly one such fighter.

And not long before the Sri Lanka attacks, ISIS claimed its first attack in the Democratic Republic of Congo — taking advantage of the nation's decades of instability. A book published by ISIS was found with a rebel group in February.

"Depending on which part of the world you're talking about, there's a different strategy and way that they're going about it, and it all blends into this broader grand strategy for them to remain an organization, to remain relevant, and to also replenish themselves through attention in the media and also through recruiting new individuals as well."