Is Hosting The Olympics Even Worth It? Some Countries Say No 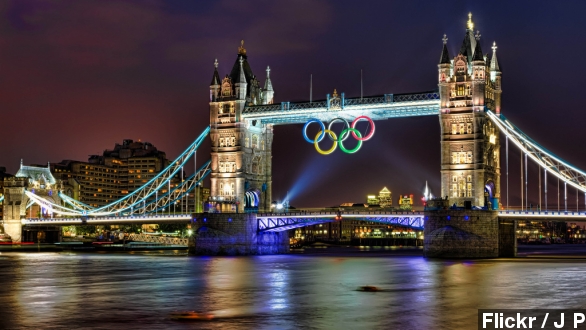 SMS
Is Hosting The Olympics Even Worth It? Some Countries Say No

By Zach Toombs
May 28, 2014
Krakow, Poland, is the latest city to withdraw its bid for the 2022 Winter Olympics, citing high costs as a concern.
SHOW TRANSCRIPT

For more than a century, the modern Olympics have been a symbol of international competition and cooperation — and a chance to give the host city a global stage. But for 2022's Winter Games, a few cities are saying "no thanks." (Via Flickr / J P, ABC)

It's difficult to track just how much host cities gain between the ticket sales, construction jobs and, of course, tourism. But for many voters deciding whether or not their city will host the Games, it just costs too much.

This week, Krakow, Poland, withdrew its bid with the International Olympic Committee to host 2022's Winter Games. Almost 70 percent of voters in the city opposed bringing the Games to Krakow. (Via The Washington Post)

Both Stockholm, Sweden, and Munich, Germany, also have withdrawn their bids, citing costs. As Slate puts it, "Publics may finally be getting wise to the fact that the long-term economic benefits of hosting mega-events like the Olympics or the World Cup are usually negligible at best."

Oslo, Norway, could be next, as voters look to be siding against hosting duties with a referendum upcoming. (Via Flickr / Tiberio Frascari)

So, the most likely candidates? Almaty, Kazakhstan, and, oddly enough, Beijing, which would be the first city to host both the Summer and Winter Games. (Via Flickr/ Andrei Shevelev, Bob)

This question over whether hosting the Olympics is really worth it isn't new. But the last few decades have seen climbing costs and some high-profile hosting flops.

Montreal's 1976 Summer Games were meant to bring a huge tourism boom to the city. They actually left Montreal $1.5 billion in debt — a debt the city didn't pay off entirely until 2006. (Via CNN)

Still, Los Angeles was the only city to enter a bid for the 1984 games, and it turned a profit by relying largely on already-built stadiums and facilities. (Via Flickr / InSapphoWeTrust)

That's one advantage Beijing could have over Almaty, Kazakhstan. By 2022, China's Summer Games facilities from 2008 will still be of use. The IOC is set to discuss the 2022 games in six weeks.