Iraq's Prime Minister Set To Resign After Weeks Of Protests 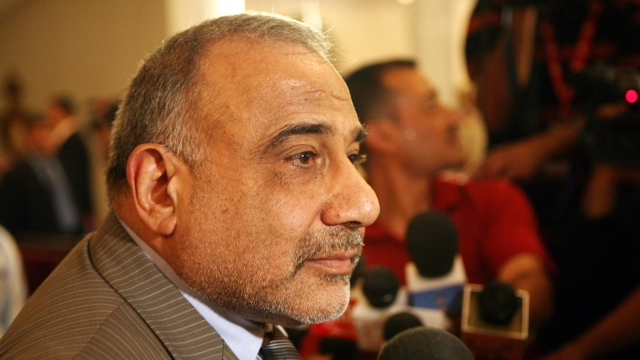 Iraqi Prime Minister Adel Abdul Mahdi has conditionally agreed to step down amid a wave of anti-government protests that have turned deadly.

In a televised address, President Barham Salih announced that Abdul Mahdi would step down as long as parliamentary blocs "agree on an acceptable replacement in order to adhere to constitutional and legal frameworks."

Anti-government protests began in early October and have grown increasingly violent; so far, more than 250 protesters having been killed in clashes with security forces. Protesters say they're taking a stand against government corruption, a lack of basic services and high unemployment.

Demonstrators demanded Abdul Mahdi's resignation despite his offers of concessions such as a broad reform package and a potential cabinet change-up. It's not clear yet whether he'll step down immediately or wait until his replacement is selected.

During his address, Salih promised to hold snap parliamentary elections after a new electoral law is passed. According to NPR, he also said he'd pursue a law to let people younger than the current minimum age of 35 run for seats in parliament.