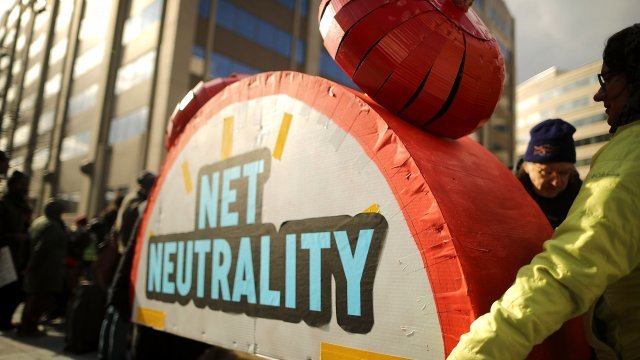 By Gabrielle Ware
October 4, 2018
The suit claims the law is unconstitutional and should be overruled by federal law.
SHOW TRANSCRIPT

Internet industry groups are suing the state of California over its new net neutrality law, which has been called the strictest in the country.

Four major trade groups representing companies including Verizon, AT&T, and Comcast, filed the lawsuit on Wednesday. They claim the law is unconstitutional and should be overruled by current federal law.

Net neutrality rules aimed to make sure internet service providers didn't block or slow certain types of content. The FCC officially repealed net neutrality in June, so California and several other states adopted their own rules.

This is the second lawsuit brought against California since it approved the law on Sunday. The Department of Justice filed suit that same day, saying the state isn't allowed to "regulate interstate commerce."

If California's law is allowed to go into effect, it could serve as a blueprint for other states.