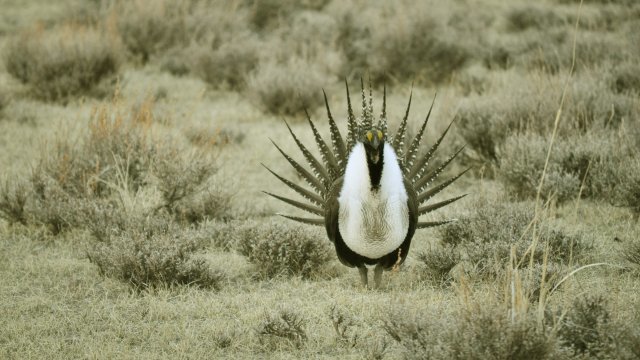 The Interior Department is looking to open up millions of acres of protected land for oil exploration and drilling, according to documents the Bureau of Land Management published Thursday.

Restrictions the Obama administration put in place to protect the greater sage grouse on public land would be drastically cut back in seven western states: Wyoming, Nevada, California, Utah, Colorado, Oregon and Idaho.

The BLM has argued those restrictions are unnecessary and overreaching, and that the re-worked plan will encourage greater economic development.

Environmental advocates and scientists say the changes and any subsequent development could lead to population declines for the bird, which the U.S. government doesn't consider endangered.

The Audubon Society put out a statement in response to the BLM's plans, arguing the new approach is "fractured" and won't work. It cited an opinion poll from earlier this year that found voters in four of the affected states supported the Obama-era plan.