InSight Will Spend Months Surveying Mars Before It Starts Its Science 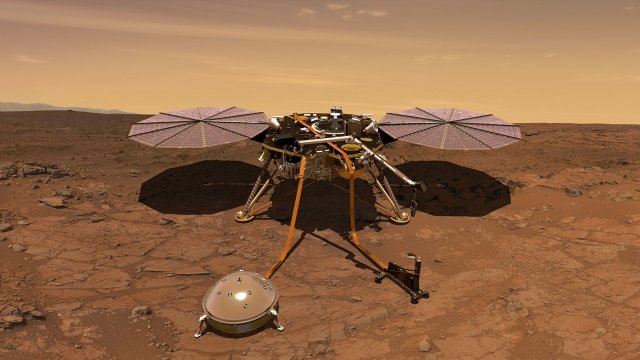 By Tyler Adkisson
December 7, 2018
For NASA researchers, InSight's mission success isn't based on speed, but on accuracy. Scientists are taking all precautions to ensure its success.
SHOW TRANSCRIPT

After a six month journey to Mars, NASA's InSight lander is sending some of the first photos of itself on the surface back to Earth. This signals the official start of the next phase of its mission: a crucial months-long survey of its new home.

NASA needs to scan the planet's surface for hazards, to find a spot where InSight's scientific instruments can be safely deployed. InSight will send pictures of its environment back to Earth, and mission engineers will use them to build a perfect physical mock-up of the surrounding Martian terrain. From there, researchers will use a working model of InSight to practice deploying its instruments. 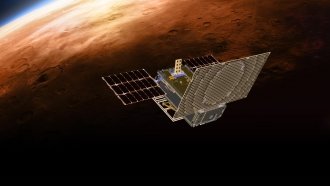 NASA says it will take two or three months to test the process with its model. The engineers say they have to deploy each tool in a particular sequence to collect scientifically accurate data. If this process goes wrong, the mission could be a failure.

NASA won't rush things, either — InSight's primary mission is scheduled for two years, and the agency factored extra time into the mission in case the lander needs extra help during the early stages. For now, in fact, they've told it to run in safety mode. If InSight meets an unexpected problem, it will pause its work until ground control figures out how to proceed.