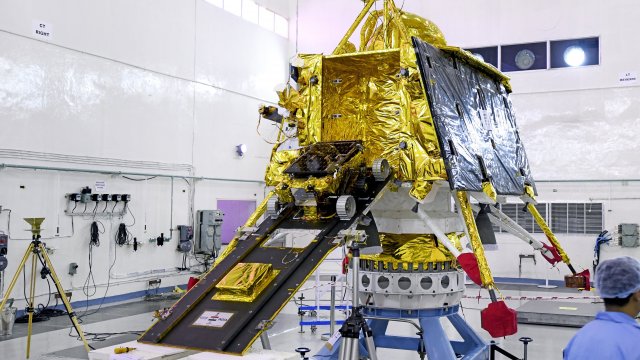 The Indian Space Research Organization says it lost contact with its landing vehicle during an attempted moon landing.

According to the ISRO, the Vikram lander's descent was going as planned until it reached an altitude of 2.1 km, at which point "communication from Lander to the ground stations was lost."

In a tweet, India's prime minister said: "India is proud of our scientists! They've given their best and have always made India proud. ... We remain hopeful and will continue working hard on our space programme."

The Chandrayaan-2 mission was meant to put India on the very short list of countries that have made soft moon landings. Only the U.S., China and the former Soviet Union have pulled it off.