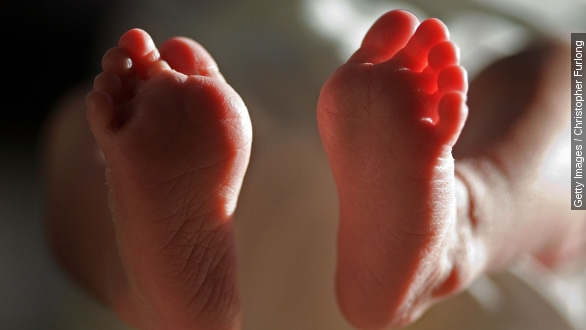 The rate of cesarian sections is on the rise globally, exceeding longstanding guidelines from the World Health Organization.

Since 1985, the organization's recommended rate for C-sections in any given population has been between 10 and 15 percent. (Video via University of Massachusetts Boston)

That recommendation was made because Northern European countries who had C-section rates in that range had good rates of healthy mothers and newborns. (Video via Dartmouth-Hitchcock Medical Center)

But the U.S. rate is more than double the recommended rate. About one-third of all births in the nation are C-sections, according to the Centers for Disease Control and Prevention.

As a writer for Harvard Magazine explains, pregnant women have become heavier and are having children later in life, and they tend to undergo C-sections more frequently. (Video via BBC)

As more women have C-sections, the cost has also increased. A 2013 report from The New York Times says vaginal deliveries cost about $30,000 while C-sections are upwards of $50,000.

And doctors have concerns about women who elect to have tummy tucks following C-sections, which is an involved procedure that can lead to complications.

As one Mount Sinai Medical Center obstetrician told Yahoo: "Most OB-GYNs have zero plastic surgery training, and that's what this involves. It's a significantly bigger surgery than the name implies."

A 2012 study published in the International Journal of Women's Health showed roughly half of participants were satisfied with their post-pregnancy tummy tucks, while roughly one-third were unsatisfied with the shape of their abdomen.