If You Like Semi-Morbid Vacations, The Titanic II Is For You 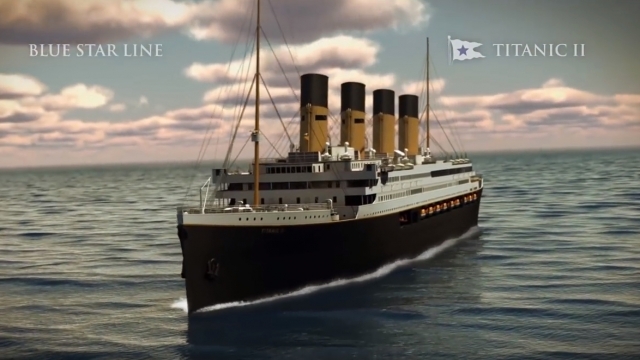 SMS
If You Like Semi-Morbid Vacations, The Titanic II Is For You
By Katie Link
By Katie Link
February 11, 2016
Don't plan on buying those tickets just yet — the Titanic II isn't expected to be ready to sail until 2018.
SHOW TRANSCRIPT

It looks eerily similar to the original Titanic, right? Well, that’s what Australian billionaire Clive Palmer is going for.

His company, Blue Star Line, is building a fully functional replica of the cruise liner that famously sank after striking an iceberg in the Atlantic Ocean on its maiden voyage back in 1912.

Titanic II will reportedly host 840 cabins, split up in first, second and third class, just like the original ship. It’ll also have amenities, including a squash court, Turkish baths and a grand staircase that all align with the original design features of the Titanic. Oh, and everyone on board will reportedly get a set 1912-inspired clothes to wear.

So, kind of morbid, especially since more than 1,500 people died on the original voyage. But there are some important differences to note.

Palmer says the new ship will have enough lifeboats for everyone plus up-to-date satellite controls, digital navigation and radar systems.

It’s being built in China and will travel from Jiangsu, China, to Dubai. Originally, Palmer wanted the sequel to hit the open waters this year. Now he’s aiming for 2018.

No word on whether Jack and Rose will be on board for that maiden voyage.

This video includes clips from National Geographic and Getty Images.