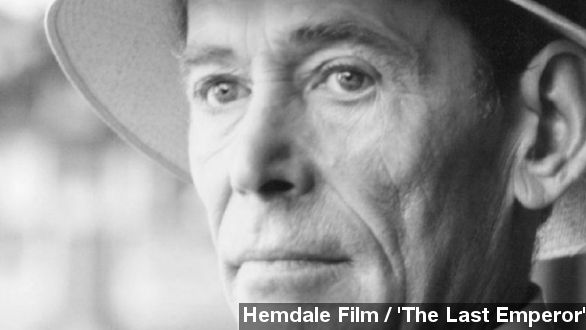 By Zach Toombs
December 15, 2013
The Oscar recipient starred in films including "Lawrence of Arabia," "The Last Emperor" and "The Stunt Man."
SHOW TRANSCRIPT

​Legendary British actor Peter O'Toole has died at the age of 81.

Acting in film and television since the 1950s, O'Toole is no doubt best known for his iconic portrayal of T. E. Lawrence in the 1962 Oscar-winning epic "Lawrence of Arabia." (Via Hemdale Film / "The Last Emperor")

"We need a miracle."

"They hope to gain their freedom. I'm going to give it to them."

"Who are you to know what can be done? Nothing is written."

"You're the most extraordinary man I've ever met."

"You are using up your nine lives very quickly." (Via Horizon Pictures / "Lawrence of Arabia")

The Guardian notes O'Toole was part of a new generation of hard-drinking Hollywood A-listers. The actor once said: "We did in public what everyone else did in private then, and does for show now. We drank in public, we knew about pot."

Although nominated for eight Oscars throughout his career, he never won until 2003, when the Academy awarded him an honorary trophy.

O'TOOLE: "Always the bridesmaid, never the bride, my foot."

O'Toole overcame stomach cancer in the 1970s, going on to make films like "The Stunt Man" and "The Last Emperor." He's survived by two daughters and a son.