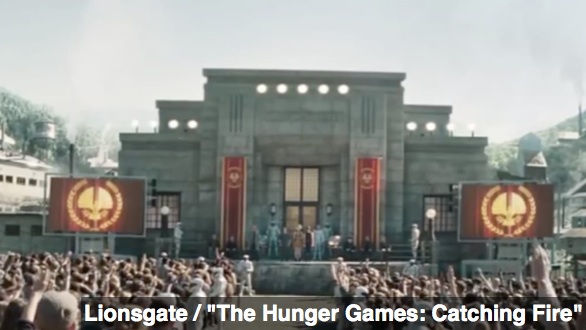 The wait is finally over, "Hunger Games" fans! But just how big will this blockbuster be?

The hype has box-office analysts predicting big bucks from the new flick — the first movie raked in a massive $700 million worldwide. (Via Lionsgate / "The Hunger Games")

"A battle of the blockbusters as 'The Hunger Games' sequel takes to dethrone 'Thor' from the No. 1 spot at the box office." (Via WFXP)

"Preliminary surveys suggest this will be one of the biggest openings of all time." (Via WJLA)

A senior analyst for box-office tracking firm Rentrak told USA Today, "You can add 'The Hunger Games' to the crown-jewel franchises and brands of the movie world. The appetite is even stronger."

And a writer for the Los Angeles Times says the reason behind the series' long-lasting success is because it's "popular with both boys and girls almost equally. ... [It] also appeals to older audiences, giving it an edge over many other young-adult properties."

But does the new flick really deliver? Like, is it a good movie?

"But do Katniss, Peta and company live up to all the hype?"

Yeah, things are looking pretty good so far. May the odds be ever in your ... well, the odds are already in this movie's favor.