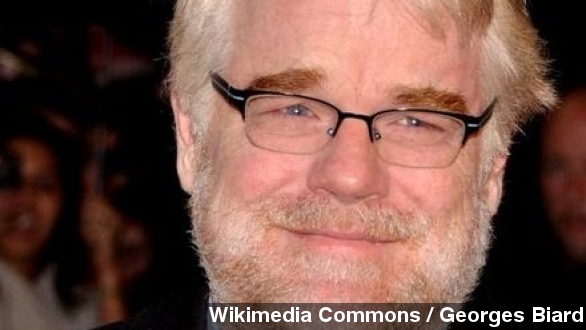 By Jasmine Bailey
February 7, 2014
A private funeral was held for Philip Seymour Hoffman Friday. Some 400 friends and family gathered to say their goodbyes.
SHOW TRANSCRIPT

Friday was a solemn day as friends and family of award-winning actor Philip Seymour Hoffman said their goodbyes during a private, emotional funeral.

JOSE RIVERA: I think he left an enormous amount of love behind and people whose lives he touched and will always be affected by his life." (Via NY1)

The Telegraph reports the ceremony lasted about four hours as a Roman Catholic Church in the Upper East Side of New York was packed with some 400 people.

Other than Hoffman's long-time partner, Mimi O'Donnell, and their three young children, a number of Hoffman's fellow stars were also in attendance. (Via CNN)

Paul Anderson, the director of the 2012 film "The Master" starring Hoffman, Amy Adams and Joaquin Phoenix, gave the eulogy at the service. (Via The Weinstein Company / "The Master")

"The presence of so many stars is a testament to Hoffman's status as one of this counties greatest actors."

PETER GARRITY: "I don't think I've ever been in a funeral service... where there was so much loss and so much pain." (Via WABC)

Police say Hoffman's body was found in his Manhattan home Sunday. He had a needle still in his arm. (Via Fox News)

Autopsy results came back inconclusive but heroin and prescription drugs were found in Hoffman's home. According to Hoffman's reps, a larger memorial service is planned for later this month.