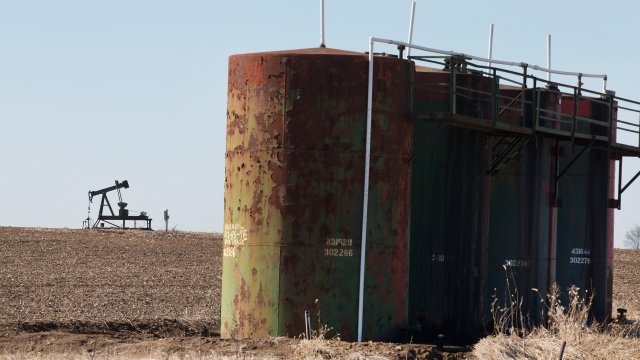 SMS
Humans Are Putting A Lot More Methane Into The Air Than We Thought
By Ethan Weston
By Ethan Weston
August 24, 2017
Humans are pumping at least 25 percent more methane into the atmosphere than previously thought.
SHOW TRANSCRIPT

There's a fear among scientists that global warming will cause pockets of ancient methane buried deep in ice and permafrost to leak into the atmosphere.

But new research suggests we might not need to worry about that after all.

Instead, we should be more worried about the methane humans are releasing now. We might be releasing at least 25 percent more of the gas than we previously thought.

The scientists gathered over 2,000 lbs. of ancient ice in Antarctica. Inside that ice were little bubbles of air, time capsules of atmosphere from over 11,000 years ago. That atmosphere is expected to be close to what our atmosphere would be like if humans weren't burning fossil fuels. And when the scientists examined those bubbles, they found something interesting: The natural levels of methane in our atmosphere were a lot lower than we thought they should be. 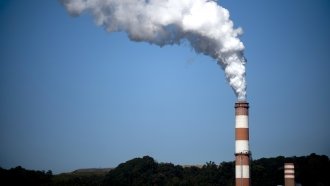 Utilities Might've Known About Climate Change As Early As 1968

Methane is actually a pretty hard gas to track. Previous estimates found 60 percent of methane added to the atmosphere every year was from human activity. And there's been a huge increase in methane levels recently, despite carbon dioxide emissions leveling off.

Humans produce methane in any number of ways. It's produced when we pull resources like coal and oil out of the ground. Livestock produce it and so do our landfills.

But the scientists say the discovery actually gives us more leverage in the fight against global warming.

That's because, despite carbon dioxide getting a bad rap for climate change, methane is actually a lot better at trapping heat.

The new research gives countries a better idea of how much they need to limit methane emissions to make an impact on climate change.

As for that methane time bomb buried beneath the ice scientists have been worried about? Well, the researchers think microbes that eat the gas kept that methane out of the atmosphere during the last rapid warming event after the last ice age.