When You Buy A Song, How Much Of That Money Goes To The Artist? 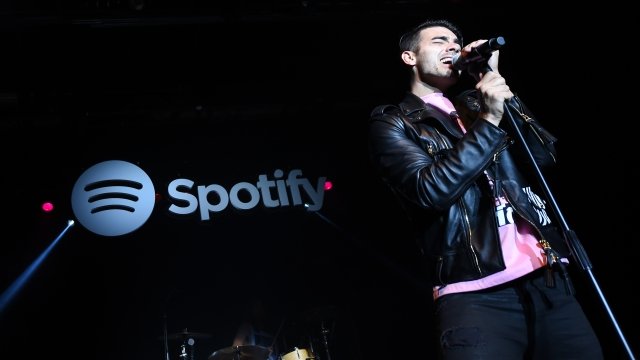 The money-making tune 40 years later isn't identical, but it rhymes.The game evolved from selling records to tapes to CDs. But now it's much bigger.

Consider this: American musicians falling in the middle of the pack earn between $20,000 and $25,000 a year. Sixty-one percent can't cover living expenses without a side gig. And even big-name artists need multiple revenue streams. We're talking streaming apps, concerts, hawking merch on Instagram.

Online streaming isn't all that lucrative. Psy's "Gangnam Style" reportedly made $2 million from 2 billion YouTube views. Getting paid in the music biz can only be described as byzantine. It involves complicated formulas, two kinds of copyrights subject to exceptions, and sometimes it's hard to figure out who owns what.  But basically, the money pie is sliced pretty thinly for artists. 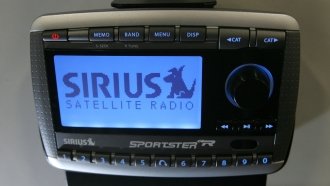 Here's a simple example of music royalties for U.S. album sales. They depend on how famous you are. This info comes from "All You Need To Know About The Music Business" by lawyer Donald Passman:

A new artist — someone who has never signed a record deal or sold more than 100,000 albums per release — gets 13-16 percent of wholesale price.

A superstar — someone with album sales of 750,000 and up, massive social media presence and millions of streams —gets 18-20 percent or more, but rarely over 20 percent.

The artist, in this example, has to then pay their producer a royalty of 3-4 percent. Mixers get a flat fee or a royalty of up to 1 percent. You've probably heard a ton of revenue comes from writing music because it pays in perpetuity — no matter who performs it or where.

The site DIY Musicians explains a song download usually pulls in $0.09. The songwriter and publisher, who distributes the music, typically split that 50-50.

If their song is re-recorded by another artist in the future, another 50-50 split. We've seen this before: Whitney Houston covered Dolly Parton's "I Will Always Love You," becoming a smash hit.

Dolly wrote the original song, so she gets money from her version as singer and songwriter, plus Whitney's version as the songwriter.

The Music Modernization Act will soon streamline the payment process for the digital age somewhat, but it doesn't fully kick in until 2021.