How Firefighters Use VR and Mindfulness To Tackle Stress 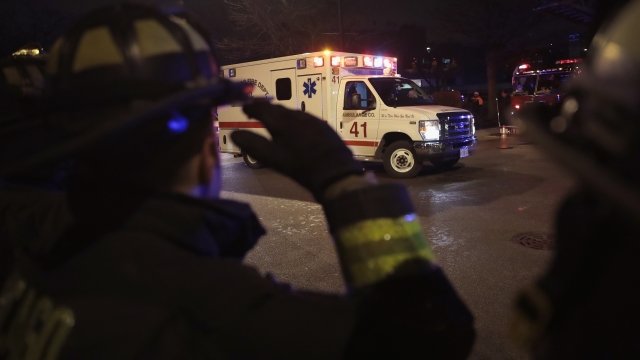 SMS
How Firefighters Use VR and Mindfulness To Tackle Stress

By Lindsey Theis
November 30, 2018
PTSD and depression are occurring at much higher rates for first responders than civilians. Now, mental health is starting to become a priority.
SHOW TRANSCRIPT

Job stress is inevitable for first responders, but it affects the industry on a massive, adverse level. Studies show rates of PTSD and depression are at least five times higher in first responders than in civilians. Now firefighters, law enforcement, EMS and dispatchers are taking new steps to address a decades-long problem that's snowballed.

"Law enforcement and fire are three times more likely to die by their own hand than any other 'line of duty' death cause combined," says Rhonda Kelly, Program Manager for Responder Strong, a Denver based nonprofit who works with the National Mental Health Innovation Center. "Those numbers are underreported. There’s a lot of shame, a lot of stigma attached to that in our culture. So often times the true cause of death isn't revealed. Which unfortunately goes on to continue the sense of stigma and isolation that members feel when they're struggling."

It’s a problem Kelly saw firsthand. From 2000 to 2017 she was a firefighter-paramedic in Aurora, Colorado. While she was there, she tried to start programs like peer mental health counseling.

"The chiefs recognized the need for it, they just didn't prioritize it financially, and I understood why. There’s a lot of competing needs. Second sets of bunker gear; dirty bunker gear contributes to the high rates of cancer. We needed new pumpers, we needed new stations," Kelly says. "Until the night of the theater shooting." 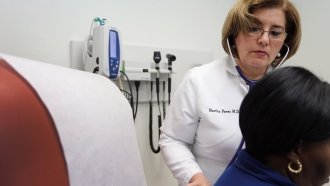 The 2012 movie theater shooting helped change how responders like Kelly deal with mental health. They brought in firefighters from New York who experienced 9/11 to provide peer counseling. Around the same time, other Denver-area departments started a peer resiliency program where fellow firefighters travel to stations to talk about the impacts and stresses of the job and life. The International Association of Fire Fighters began addressing the problem of PTSD among its members.

First responders across the country are quickly adopting their own stress-management practices, like yoga classes and peer counseling. Kelly says it's a step in the right direction, but much more work still needs to be done.

"The emergency response world is very reactive," she said. "We wait for something bad to happen, you don't have to wait that long, then you throw all your resources at it, you handle that event. And then you move on to the next bad thing that is going to happen. And that doesn't translate well to mental wellness."