How Asian-Americans Fit Into The Affirmative Action Debate 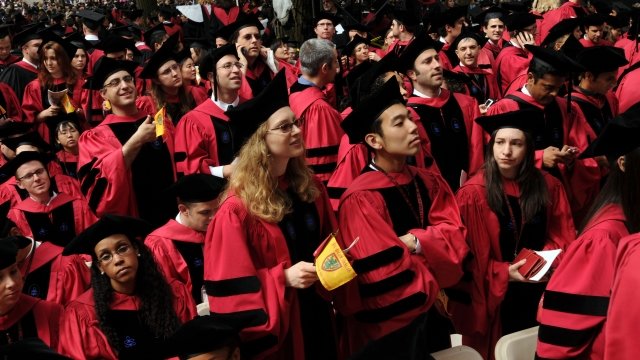 SMS
How Asian-Americans Fit Into The Affirmative Action Debate

Affirmative action in higher education is a polarizing topic.

Monday marks the first day that court is in session to talk about the affirmative action debate at Harvard. On one side of the argument is Students for Fair Admissions. They argue that Harvard caps the number of Asian-American students admitted.

"Your race shouldn't be a factor. We're not asking for affirmative action in favor of Asians," Cory Liu said.

Liu is a volunteer executive director for Students for Fair Admissions. The organization sued Harvard University in 2014. He claims affirmative action hurts Asian-Americans, who reportedly have to go through a higher admission standard compared to other ethnicities. 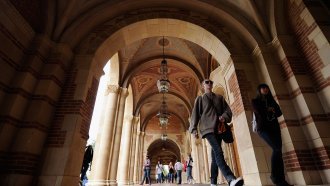 The DOJ Might Be Targeting Affirmative Action In College Admissions

"We're asking that it doesn't matter that I'm Asian or white, or black, or Hispanic — just look at me as individual human being," Liu said.

The College Board reports that Asian-Americans score the highest on the SAT and ACT compared with other ethnicities.

The study's author Thomas J. Espenshade stopped short of saying Asian-Americans we're at a disadvantage because the research lacked additional information, including admission essays and recommendations.

"I think that's racist. What you're basically is saying that the Asian student who achieves a certain score, if they check a different racial box, they get into the school. But somehow we don't want too many Asians," Liu said.

Liu accuses some universities of racial balancing, limiting Asian-Americans in schools to make room for other ethnicities. But Students for Fair Admissions doesn't come without controversy. It is led by Edward Blum, who is also the architect of another anti-affirmative action case involving Abigail Fisher, a rejected white female student from the University of Texas. Fisher's case went all the way to the Supreme Court before justices ruled college and universities could consider race as one factor among many. 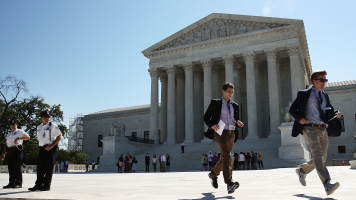 "When it comes to race and ethnicity, I think the court has been, over the last 25 years, slowly and carefully, probably beginning with Croson, moving the nation to the point that the use of race and ethnicity must be fully abandoned," Blum said.

Despite Blum's history of engineering anti-affirmative action lawsuits, Liu is adamant that Blum isn't using Asian-Americans as a so-called "wedge" to divide minorities on this topic.

"He speaks for many Asian students for fair admissions. Our nonprofit organizations has over 21,000 members and most of them are Asian and that spread through word of mouth," Liu said.

"Asian-Americans historically and today have always played a role in the racial debate. We've always historically been used as/by white opponents for equal opportunity for  them to fight civil rights policies and ideas of equity and inclusion," Poon said.

"We need to think about how race in the U.S. is more complex now and how Asian-Americans can play a role in either advancing racial justice or advancing what I call racial just us, where only we benefit. That it's only about self interest. It needs to be a broad idea of racial justice that's inclusive of every body," Poon said.