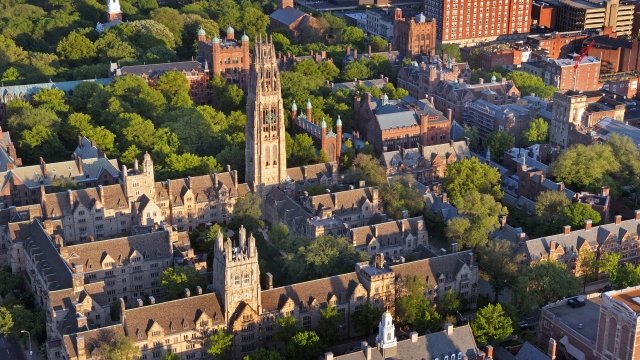 By Casey Mendoza
September 7, 2018
"Alexander v. Yale" was the first Title IX case to argue that sexual harassment was discriminatory on the basis of sex.
SHOW TRANSCRIPT

Under the Department of Education, Title IX is the umbrella that protects people from sex-based discrimination. This can include discrimination in athletics, financial aid and admissions.

Five years after the statute was created, Title IX was tied to one of the biggest issues it's known for today: sexual harassment and assault.

It all started in 1977 — almost a decade after Yale University began admitting women into its undergraduate school. The Undergraduate Women's Caucus, led by then-student Ann Olivarius, was asked by the school to survey women on their experiences at Yale.

That report uncovered a major problem no one was talking about. Some professors were propositioning students for sex in return for better grades and academic opportunities.

"We began to realize that, wait a minute, there's another pattern here. You can't get an equal education if men think that you have to sleep with them to get a grade of 'A' and you need grades of 'A' to go on to graduate school," Olivarius told Newsy. "So, it really controlled your professional life."

Olivarius became one of the original plaintiffs of Alexander v. Yale — a lawsuit against the university and the very first Title IX case to argue that sexual harassment in school was discriminatory on the basis of sex.

More specifically, the case argued Yale was violating Title IX by failing "to combat sexual harassment" and refusing "to institute mechanisms and procedures to address complaints."

It's worth noting the plaintiffs weren't suing individual professors for damages. They were suing the university directly because they saw the issue of harassment and assault as systemic — one that could be solved with the creation of a centralized grievance committee for complaints. 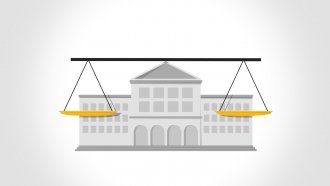 College Courtrooms: Why Assault Cases Use Low Standards Of Evidence

"Rape is endemic. It's structural, it exists across classes, and it's used as a weapon to keep women down," Olivarius said. "And that, you know, all classes of women are subjected to it. And it's at epidemic levels.""

The university was dismissive of the lawsuit and the plaintiffs' proposal for a grievance committee.

One unnamed official even told The New York Times: "There is a strong argument that if women students aren't smart enough to know how to outwit some obnoxious professor, they shouldn't be here in the first place."

By the end of 1977, the judge dismissed all but one plaintiff's claims as "tenuous." Despite that loss, the case did lead to a landmark legal victory years later — when the district court held that sexual demands for academic achievement was discriminatory on the basis of sex, and that Yale's system for investigating claims was inadequate. 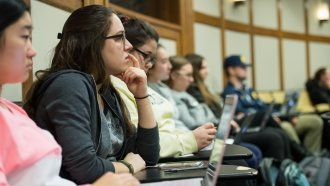 How Colleges Are Handling A High-Risk Time For Sexual Assault

Following that ruling, Yale created its Sexual Harassment Grievance Board and hundreds of other universities in the U.S. followed suit.

Beyond higher education, Alexander v. Yale was also ahead of its time in regards to the legal theory of sexual harassment in general. In 1986, the Supreme Court ruled it was a form of sex discrimination in the workplace.

Today, Title IX and campus sexual assault policies are still evolving. Ann Olivarius, who is now a well-renowned lawyer and self-proclaimed feminist, has this to say about the issue:

"We have to come together, we have to get strong about this, and just get rid of that whole thing that says that we should be embarrassed [or that] we did something wrong. We haven't done anything wrong," Olivarius said.