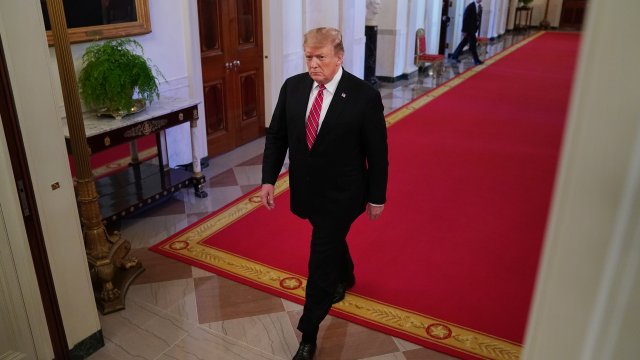 On Thursday, the House of Representatives passed a resolution to end any U.S. military support for the Saudi-led war in Yemen.

The Yemen War Powers Resolution passed the House with a 247-175 vote after passing the Senate last month. It will now go to President Donald Trump, who is widely expected to issue the second veto of his presidency so far.

If Trump signs the resolution, it would pull all U.S. military forces that are currently in or "affecting" Yemen unless they are battling al Qaeda. Supporters of the resolution have made it known that their votes are intended to rebuke Trump's continued support for the Saudi Arabian Crown Prince, who has been implicated in the murder of journalist Jamal Khashoggi.

The White House had previously released a statement saying that the resolution raises "serious constitutional concerns" and may be based on an "erroneous premise." If Trump does end up vetoing the resolution, its passage in the Senate and the House did not reach a level of support that would enable lawmakers to override the veto.