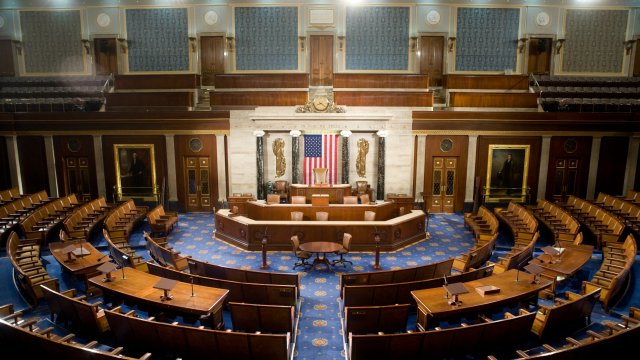 The House of Representatives passed a bill Thursday that would keep the U.S. from using federal funds to leave the 2015 Paris climate agreement next year.

The House voted 231-190 to pass the Climate Action Now Act. The vote was mostly on party lines, though three Republicans voted in support of the legislation.

The bill would prevent the Trump administration from using federal funds to withdraw from the climate accord. The pact attempts to combat climate change by limiting the global temperature rise and decreasing greenhouse gas emissions. The U.S. can't officially pull out until 2020.

The measure also requires the president to "develop and update" a plan every year to meet its required contribution under the Paris agreement, specifically cutting greenhouse gas emissions by 26-28% below 2005 levels by 2025, among other things.

Now the bill heads to the Senate for a vote, where it's largely expected to fail.

Correction: This story incorrectly said the Climate Action Now Act passed in the House in a 231-90 vote. It was actually a 231-190 vote. This story has been updated.