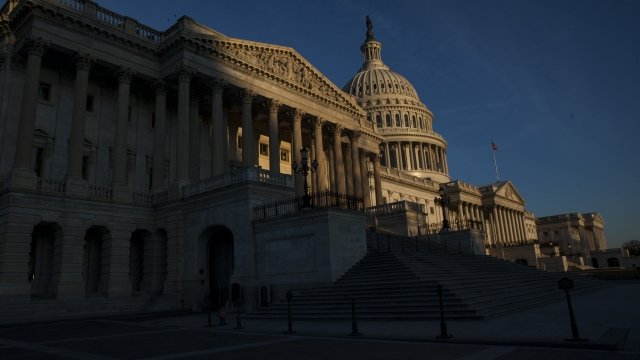 SMS
House Passes Bill Making It Easier To Deport Criminals
By Ethan Weston
By Ethan Weston
September 8, 2018
The bill aims to define which offenses could lead to deportation for noncitizens in the U.S.
SHOW TRANSCRIPT

The U.S. House of Representatives passed a bill Friday that defines which crimes are grounds for deportation.

The Community Safety and Security Act is meant to address a Supreme Court ruling from earlier this year, which found a previous law too vague when defining violent crime.

That previous law required noncitizens to be deported if they committed a "crime of violence." The new provision lists over 20 crimes such as murder, sexual abuse and firearms use and attempts to clarify those offenses.

The president tweeted his approval of the bill Friday morning and said Congress needed to "get this bill to my desk fast!"

But before that can happen, the Senate still needs to pass the bill, and it's not clear when that will happen — leaders there haven't announced plans to vote on the bill this year.