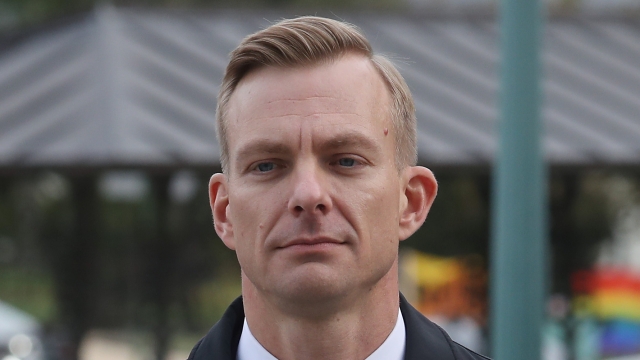 An aide to Ukraine Ambassador Bill Taylor reportedly told lawmakers on Friday that he had firsthand knowledge of President Donald Trump's push for Ukraine to investigate the family of former vice president Joe Biden.

During closed-door testimony for the impeachment inquiry, David Holmes reportedly confirmed Taylor's statement that an aide - Holmes - had overheard a phone conversation about Ukraine between President Trump and Gordon Sondland, a U.S. ambassador to the EU.

Holmes reportedly testified that he overheard Sondland tell President Trump that Ukrainian President Volodymyr Zelenskyy would do "anything you ask him to" and that Ukraine was going to "do the investigation," just a day after the July call in which Trump asked Zelenskyy to investigate his political rival, Joe Biden.

Holmes, who was subpoenaed to appear on Friday, also said that Taylor later told him in early September, "Now they're insisting Zelenskyy commit to the investigation in an interview with CNN."

He added: "While we had advised our Ukrainian counterparts to voice a commitment to following the rule of law and generally to investigating credible corruption allegations, this was a demand that President Zelenskyy personally commit to a specific investigation of President Trump's political rival on a cable news channel."