Hoffman Could Be Digitally Recreated In 'Hunger Games' Scene 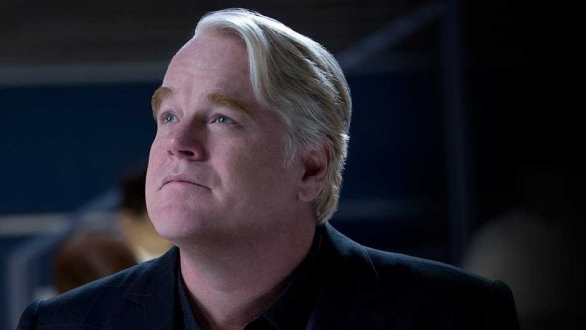 SMS
Hoffman Could Be Digitally Recreated In 'Hunger Games' Scene
By Laura Heck
By Laura Heck
February 7, 2014
Phillip Seymour Hoffman's role was mostly complete for the last two "Hunger Games" movies, but he might be digitally recreated for one scene.
SHOW TRANSCRIPT

Looks like the games might actually be able to go on after actor Philip Seymour Hoffman's unexpected and tragic death.

Hoffman had mostly completed filming on both Parts 1 and 2 in the last installments of the "Hunger Games" series. He plays a key character, gamemaker and rebel-rouser Plutarch Heavensbee. (Via The Telegraph)

HOFFMAN: "I agree she should die. But in the right way, at the right time. ... They're gonna hate her so much, they might just kill her for you." (Via Lionsgate)

A Lionsgate executive told The Hollywood Reporter both movies' productions will be completed on time and added, "His performances in both movies will be up to the best of his craft. We feel it will be a good tribute to him."

But there was still one crucial scene left in Part 2 for Hoffman to shoot, and it looks like filmmakers will have to get creative.

Page Six of New York Post reports camera tricks and computer graphics will be used to build the scene, including possibly digitally recreating Hoffman himself.

It remains to be seen whether a digital recreation of the "Capote" star can truly capture Hoffman's acting ability, but it would probably only be for one or two shots. (Via Sony Pictures Classics)

As The Wire notes, digitally rebuilding actors after a death has been done before, like with Tony's mother on HBO's "The Sopranos."

It's still unclear what's in store for Hoffman's Showtime TV project, "Happyish." Only the pilot had been shot when he died.