Here's Why You Should Be Eating Ice Cream Right Now 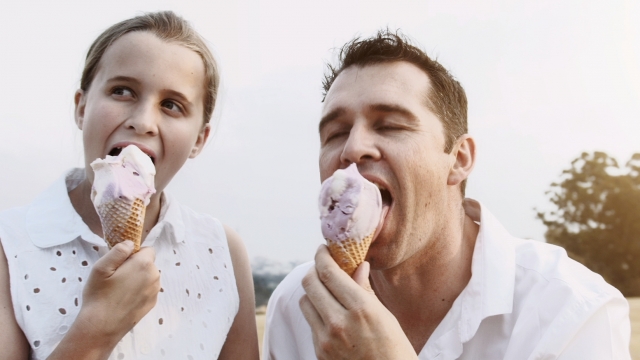 SMS
Here's Why You Should Be Eating Ice Cream Right Now

By Lauren Stephenson
July 17, 2016
We have a former president to thank for National Ice Cream Month (and Day).
SHOW TRANSCRIPT

His 1984 proclamation describes ice cream as "nutritious" and "wholesome" and says ice cream has a reputation as "the perfect dessert and snack food." Well, of course!

According to the International Dairy Foods Association, the first documentation of ice cream being served in the U.S. was in 1744 in a letter written by a guest of Maryland's governor.

But ice cream is reportedly much older than that. The Chinese were likely the first to have created a frozen milk treat with buffalo milk during the Tang Dynasty, which began in the A.D. 600s.

According to The Colonial Williamsburg Foundation, Europe likely got its first taste of ice cream in the 1600s.

The delicious frozen stuff also had a huge fan in George Washington. Records show he bought an ice cream machine in 1784, so it's no surprise he served guests ice cream during his presidency.

But the treat didn't become widely available in the U.S. until the mid to late 1800s when technology became more advanced and the ice cream industry got its start.

Now, more than 10 percent of milk produced in the U.S. is used to make ice cream.

So grab a pint or two or three and enjoy what's left of National Ice Cream Month.