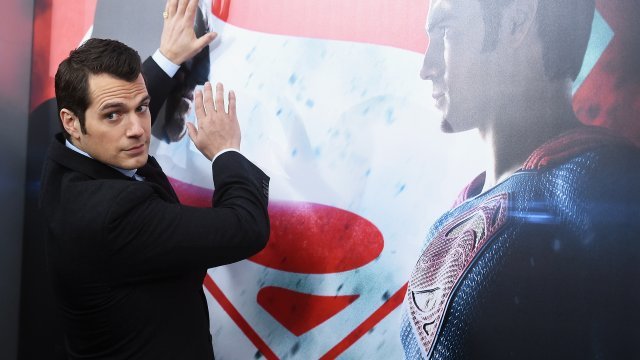 By Jamal Andress
September 12, 2018
Cavill's agent denied the rumors tweeting, "Be peaceful, the cape is still in his closet."
SHOW TRANSCRIPT

Well it was a fun ride with the square jawed, barrel chested, particularly dull Man of Steel but all great (and below average) things must come to an end.

According to The Hollywood Reporter, Henry Cavill is done playing the Superman character in the DC Extended Universe.

Warner Bros. is reportedly focusing on a 'Supergirl' origin story, which would age Henry Cavill out of the Superman role, rather than doing multiple "Man of Steel" sequels.

Shortly after news spread, Cavill's agent denied the rumors tweeting, "Be peaceful, the cape is still in his closet."

Cavill's first turn as Kal-El of Krypton came in 2013's "Man of Steel", that was followed by "Batman v Superman: Dawn of Justice" and most recently "Justice League"

While these films have made upwards of $850 million at the US box office they haven't come close to matching the critical or financial success of their intergalactic competitors in the Marvel Cinematic Universe.

When "The Avengers" was released back in 2012 it pulled in $1.5 billion worldwide and carried a 92% on rotten tomatoes. "Justice League" on the other hand couldn't even manage half that in ticket sales and had a much much lower score on the tomatometer.

That said, Warner Bros. and DC Films isn't getting out of the comic book business anytime soon.

"Aquaman" will hit the silver screen in December of this year followed by "Shazam" in April 2019.

"Wonder Woman" is by far the most successful film the DCEU has released and Gal Gadot's sequel is scheduled for November 2019.