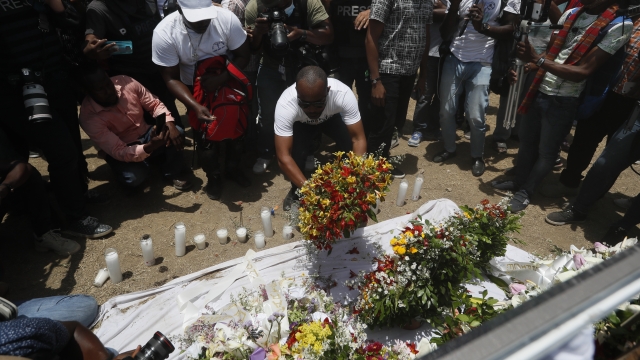 SMS
Haitian Security Chief In Custody Following Assassination Of President
By Austin Kim
By Austin Kim
July 15, 2021
It's unclear what charges, if any, he's being held on.
SHOW TRANSCRIPT

The head of security at Haiti's presidential palace is in police custody this morning, as authorities continue to investigate the assassination of President Jovenel Moïse.

He was killed last week during an attack at his home. The first lady was hurt in the attack and was taken to a hospital. 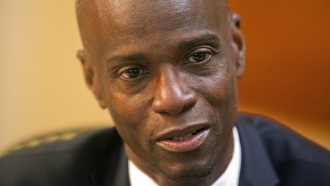 Authorities have named 26 Colombians – including some former members of the Colombian military – as suspects. Plus, three Haitians.

It's currently unclear what charges – if any – the head of security is being held on.