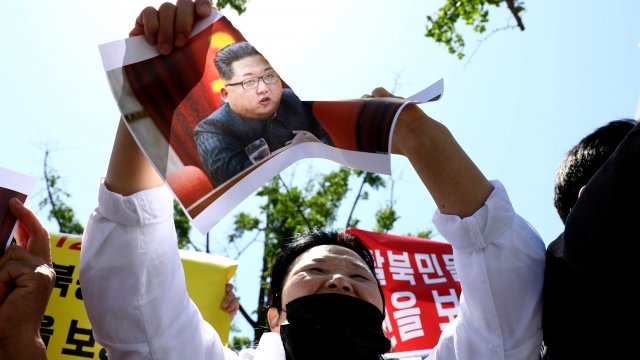 That's according to the Hana Center in South Korea, which helps resettle people who flee Kim Jong Un's regime. The center announced unknown hackers accessed its database using "malicious code." The names, birth dates and addresses of 997 defectors was stolen in the breach.

The center apologized for the hack. Some defectors worry their families back home will now be targeted.

CNN reports about 30,000 North Koreans have defected to South Korea since the end of the Korean War. Some of those defectors' families that remain in North Korea have been punished.

The South Korean Unification Ministry says, "Currently no harm or damage has been observed due to the leak," and that it's contacting affected people. The ministry said it became aware of the breach Dec. 19 and that no other computers at centers across South Korea had been hacked.

It's unclear if North Korea was behind the breach.