Hackers Take Control Of A Tesla From 12 Miles Away 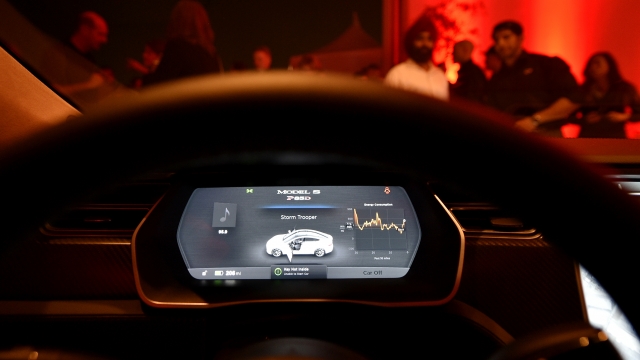 SMS
Hackers Take Control Of A Tesla From 12 Miles Away
By Grant Suneson
By Grant Suneson
September 20, 2016
Hackers demonstrated they can take over a Tesla from miles away if it connects to a malicious Wi-Fi hotspot.
SHOW TRANSCRIPT

The future is here, but it's not without drawbacks. A team of hackers proved they can take control of your Tesla from miles away.

An elite Chinese hacking group from Keen Security Lab has shown it can override the car's controls, open the trunk, unlock the doors and even apply the brakes from 12 miles away.

Fortunately, Keen is made up of "white hat hackers," or good guys who hack to expose security flaws and report their findings so a company can update its tech before the bad guys get around to exploiting those flaws.

SEE MORE: Self-Driving Cars Are Moving Faster Than The Law

Keen was able to access Tesla's Model S P85 and 75D and said the hack would likely work on all other models. The hackers filled in Tesla on the vulnerabilities, and the car company said it should have a patch for the issue within 10 days.

Tesla also told its owners not to worry too much about the hack, saying, "The issue demonstrated is only triggered when the web browser is used, and also required the car to be physically near to and connected to a malicious wifi hotspot."

With self-driving cars becoming more frequent, the U.S. Department of Transportation just released a Federal Automated Vehicles Policy, which outlines what manufacturers should do to defend against cyberattacks and make sure their cars operate safely.