Government Shutdown Poised To Last Into 2019 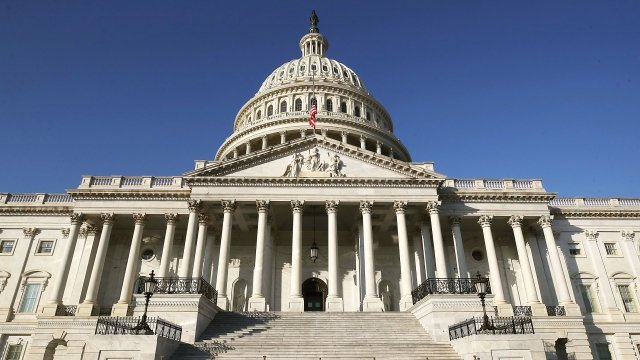 By Joshua Kranzberg
December 27, 2018
Funding for the border wall continues to hold up any potential deal.
SHOW TRANSCRIPT

It looks like the partial government shutdown will last into 2019.

On Thursday, the Senate adjourned until New Year's Eve. And with House Whip Steve Scalise saying the House wasn't planning any votes this week, the shutdown is still on.

President Donald Trump is not backing down from his demands for funding for a border wall, and Democrats are standing firm, saying that any funding for the wall is a non-starter.

Trump talked about the wall during his visit to troops in Iraq on Wednesday.

The Washington Post is reporting that Democratic aides are working on legislation they hope will reopen the government once they take control of the House on Jan. 3.

That's when funding for multiple departments ran out, including the Departments of Agriculture, Justice, Interior, State and Homeland Security. More than 420,000 federal employees still have to come into work, they just won't be paid for now.